Creating a garden where you can thrive

Is it possible to improve how you feel simply by changing the layout of your garden?
Marian suggests ways to create a garden full of healthy energy.

Have you noticed how some gardens can inspire you while others seem to make you feel uncomfortable? Do you associate one of your happiest times with a specific place? Or perhaps your life once changed significantly when you moved home. As well as giving us physical protection the environment in which we lives gives us support, and allows us to thrive.

The idea of a place having a spirit, or what the Romans described as a genius loci, that can have a tangible effect on our psyche is not new. Anyone who has ever visited Rousham, for example, will almost certainly have experienced the profoundly serene and energising spirit of this garden where in the 18th century, the landscape designer and polymath William Kent worked with the lay of the land to create one of our most inspiring gardens.

Before Kent, philosophers and artists, such as Leonardo da Vinci, understood the importance of ensuring that the proportions of everything should be in relation to the human form. Renaissance landscape architecture extended this connection by aligning sight lines to the compass points of the Earth and sun’s trajectory. 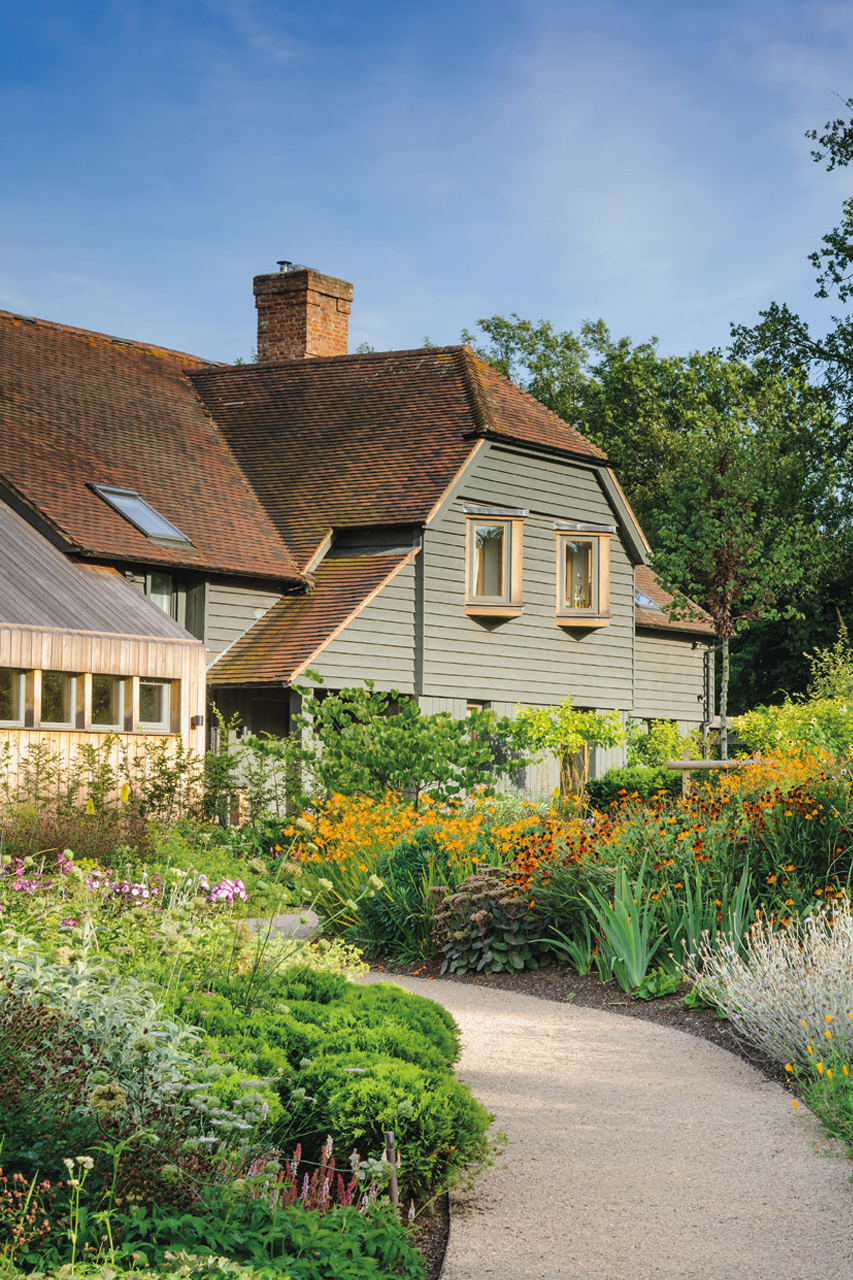 Positive energy
The study of Earth energy has made something of a comeback of late, but the way the layout of a site could help people thrive was studied as early as 206BCE, during the Han dynasty in China. Then a kanyu or feng shui practitioner was considered an expert in astrology, architecture, economics, geography, hydrology, medicine, sociology and town planning, and it was his job to lay out spaces for humans and animals to thrive in. Fundamental to their work was the balance between two types of energy, or qi – yin (restful and calm) and yang (energetic and exciting) – to allow for both creativity and nurture. So how can you design your garden to fill it with good energy and create a place in which you can thrive?

A curved drive or path, for example, from the outside of the property to the front door with plants around it will allow guests time to enjoy your garden before they arrive at your house. In feng shui the area in front of the house is where all good energy gathers from afar, like a pool of prosperity, known as a ming tang. In ancient China, it symbolised a
ceremonial hall in the Emperor’s Palace where the qi was considered most potent. The hall would have had a round roof and square foundation, symbolising heaven and earth. I have always envisaged this as a gathering in of good feeling like a welcome hug on arrival for you and your guests. This would ideally have a body of water in or near, be it a pond or a trough, in proportion to the house where good qi could accumulate.

The front door is key to allowing the good in and keeping out the bad, and should be welcoming but uncluttered. Mine is surrounded by pots so that means keeping the plants thriving and tidy so that it looks healthy and vibrant. Move cars away where possible or plant between them and the door, to allow a filter and pause between home and the outside world. 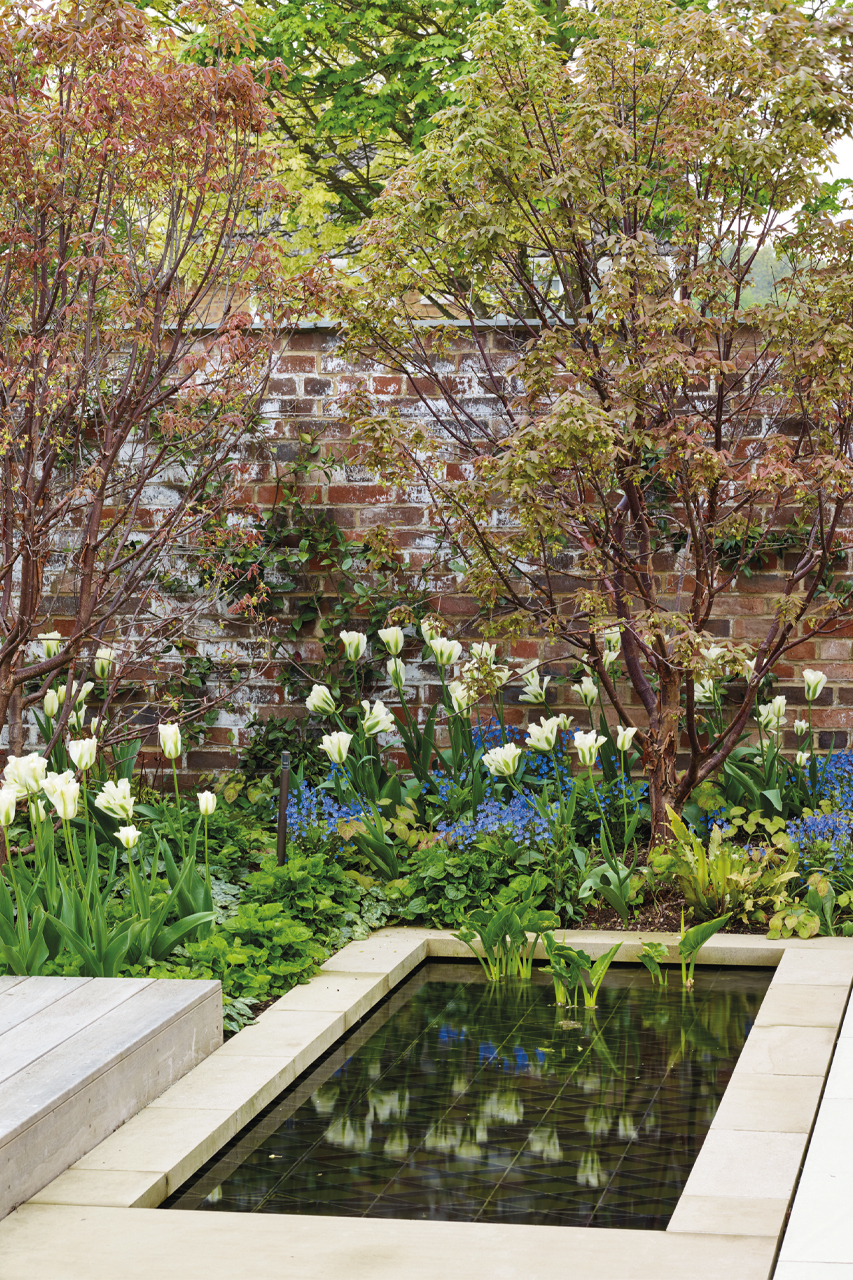 Inner protection
It is restful to have the house’s back garden protected with a wall, fence, bank of trees or hedge, and for the front to face the most active view. On a slope, the front garden would ideally be lower than the back and face a good road or river of vibrant energy, and if you have the choice the ideal place for a home is near the top of a hill with trees; a grounding link between heaven and earth on any site.

Inside the garden a hearth or gathering space will provide the nurture of fellowship and laughter, and could be a fire pit, a hot tub or just a big table for friendly meals. Planting should be restful and vibrant in turn, the aim is to seek shen qi – or good, creative and fertile qi – and avoid or transform unhealthy sha qi. Shadowy corners can be brightened up with light planting, and the trick is to put the qi where you want the attention to go, so if you have an unavoidably ugly or draining spot, put a tree, shrub or feature to redirect the flow elsewhere.

Like many design frameworks, the striking thing about feng shui is the way it puts into words things which we probably already felt unconsciously. We cannot always influence the macro environment of where were live, be it rural or urban, but if we are able to design it thoughtfully, we can create a garden where we can thrive. 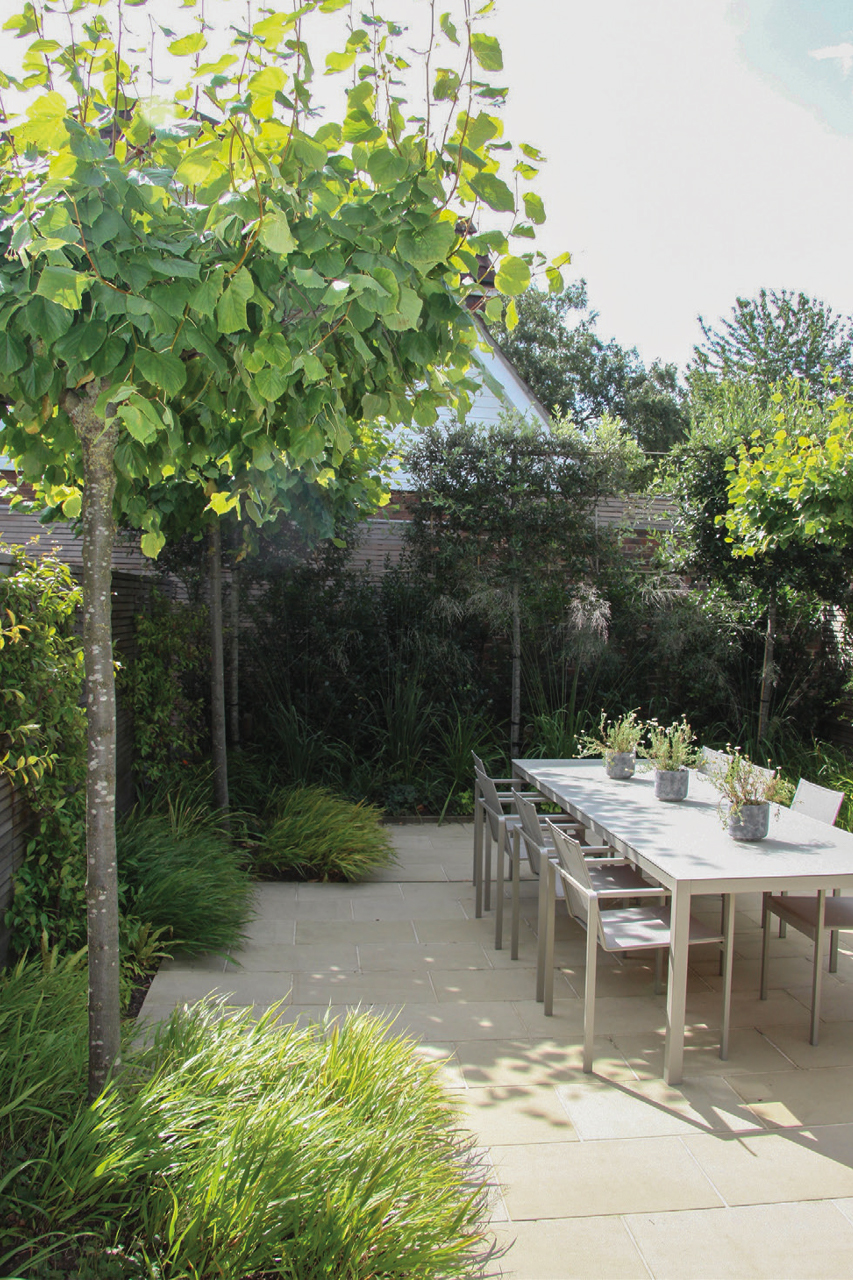