During early summer, we had the fantastic opportunity to install two unusual beehives. These hives are different from the norm, not placed at ground level for easy access for the beekeeper but positioned high, twelve foot or more in trees, for the easy access of bees. Nor are they the traditional white painted wooden slat affairs, these hives are Log Hives, fashioned by gouging out the centres of large logs and are made and installed by Matt Somerville, carpenter, cabinet maker and bee authority who has a different take on beekeeping.

Bee-centred beekeeping
Matt argues that whilst the average beekeeper is well meaning, the disruptive nature of the husbandry employed by the apiarist often leads to weak and unhealthy colonies, instead he champions the concept of ‘Bee-centred beekeeping’, where the beekeeper is less, or in some cases entirely non-intrusive and allows the bees to live their lives guided by their own biology and nature.

Natural environment
Our natural environment has drastically changed since the design of what we perceive as a beehive was developed in the late 18th century, with miles upon miles of hedgerows removed, meadows all but vanished and the introduction and reliance upon of systemic pesticides to name but a few, so to continue to farm bees in the same manner as before seems nonsensical. Matt feels we should change our attitudes to bees, rather than using them solely for produce we should be creating habitats for them to thrive, as we would birds, bats or insects, giving them the best opportunity to survive and flourish. 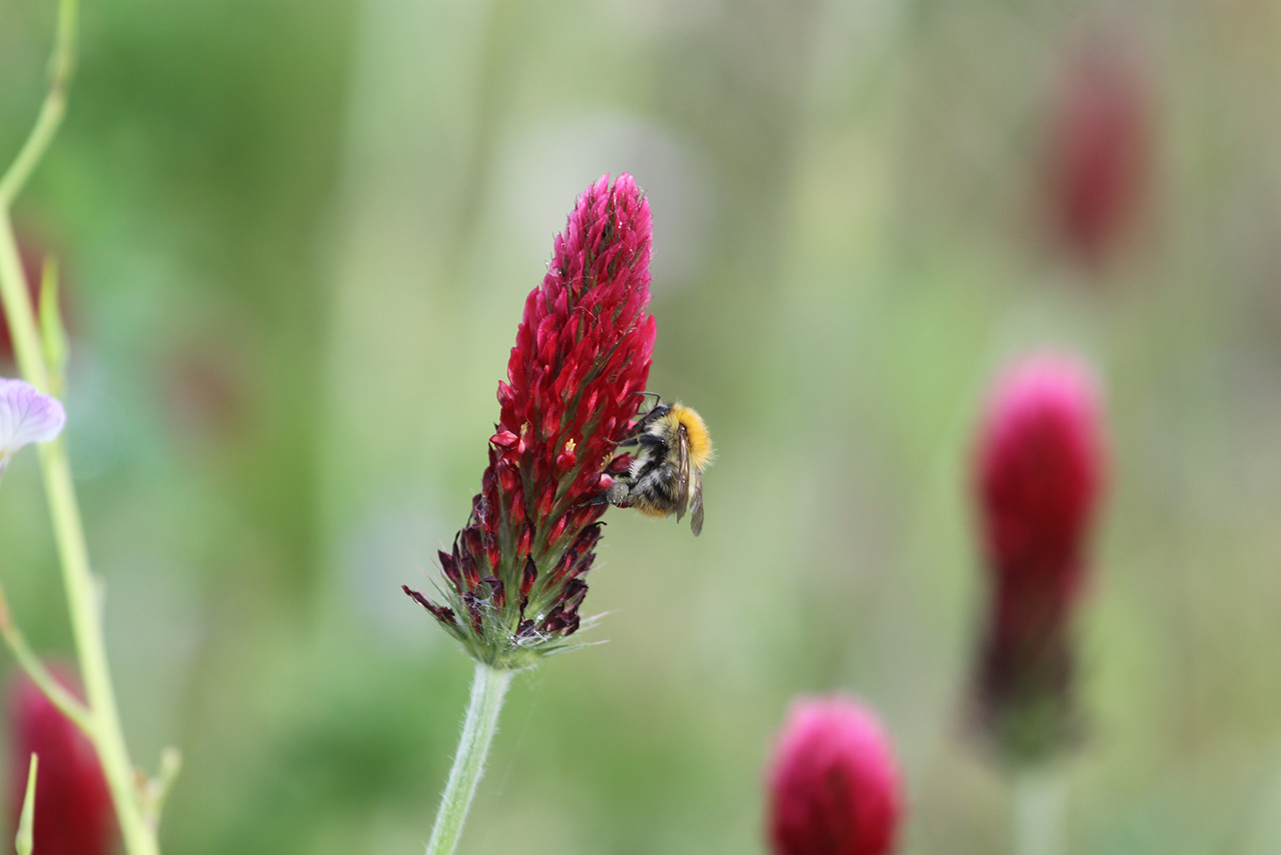 The hives
The hives themselves, hewn from fallen trees or those felled because they pose a risk of falling, are hollowed out by Matt using long wood and steel gouges specially made by a blacksmith. At almost a metre tall and half a metre in diameter the hives are impressive in their own right and even with the centres scooped out they are weighty objects. This type of hive is created to mimic that of the wild bee, making their homes in the cracks and cavities of living trees. They are incredibly well insulated by the solid wood walls, therefore keeping the colony warm in winter and cool in summer, thus the bees expend less energy regulating temperature, creating healthier bees more able to fight off varroa mite and other damaging parasites and diseases.

Bee hives found naturally forming in trees are often several metres high in the branches, away from predators and the cold ground, so this is what Matt emulates – first by locating the optimum tree by scouting around, finding a south-west facing tree with a clear section of trunk that is open enough to allow warming sunlight in and give good clear flight paths for the bees, a good local source of food is also required. 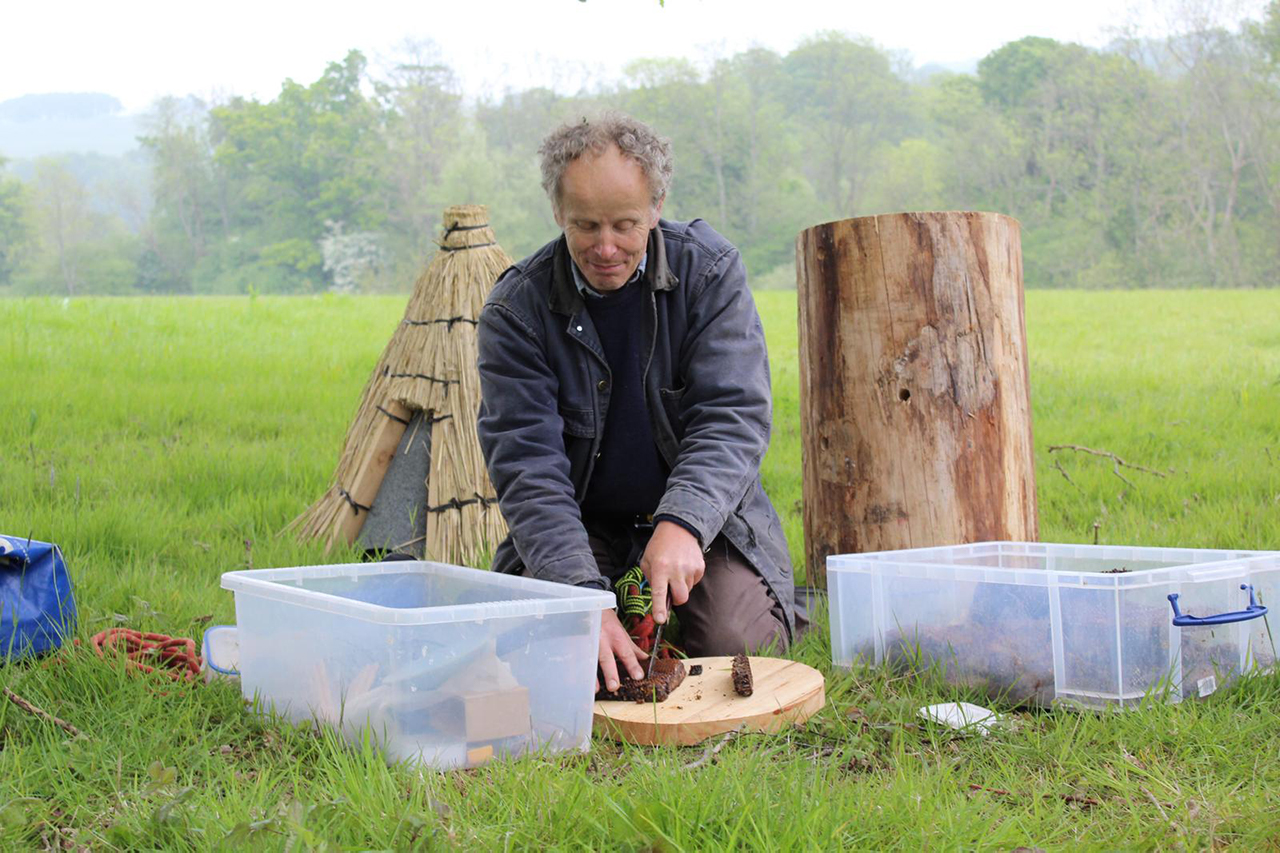 Attaching the hive
Once a tree is selected, Matt uses training and equipment most frequently employed by tree surgeons to haul himself, and the weighty hive, up into a tree. When it is safely attached to the main trunk using strapping a wooden lid is fitted, but before this Matt will carefully tack a small amount of old honeycomb to what will be the inside face using wooden nails – this encourages the bees to build their own comb in the same spot. Next, a straw thatched roof is fixed on for waterproofing and further insulation. Then a small ceramic cap set on top, the overall affect is in equal measures magical and whimsical, a fairy house floating in the branches. Below the hive, Matt slots in the baseplate which is easily removed if inspection of the hive is required, and so genuine surplus honey can be harvested if wanted. Then using a block of propolis, essentially an anti-fungal and antiviral glue that bees create to fill gaps and to use as a method of stopping the spread of disease in hives, he rubs inside the hive and around the three small entrance holes drilled in the sides, this assists to entice a swarming colony into the hive. The real lure however is a small amount of lemongrass essential oil daubed to the entrance holes which mimics a natural pheromone bees create as a wayfaring marker and is highly recognisable up to a mile away. If the weather is warm Matt explains that he’ll often have bees investigating the new hive before it is even in the tree, and if the timing is right a colony will often move in within 48 hours. 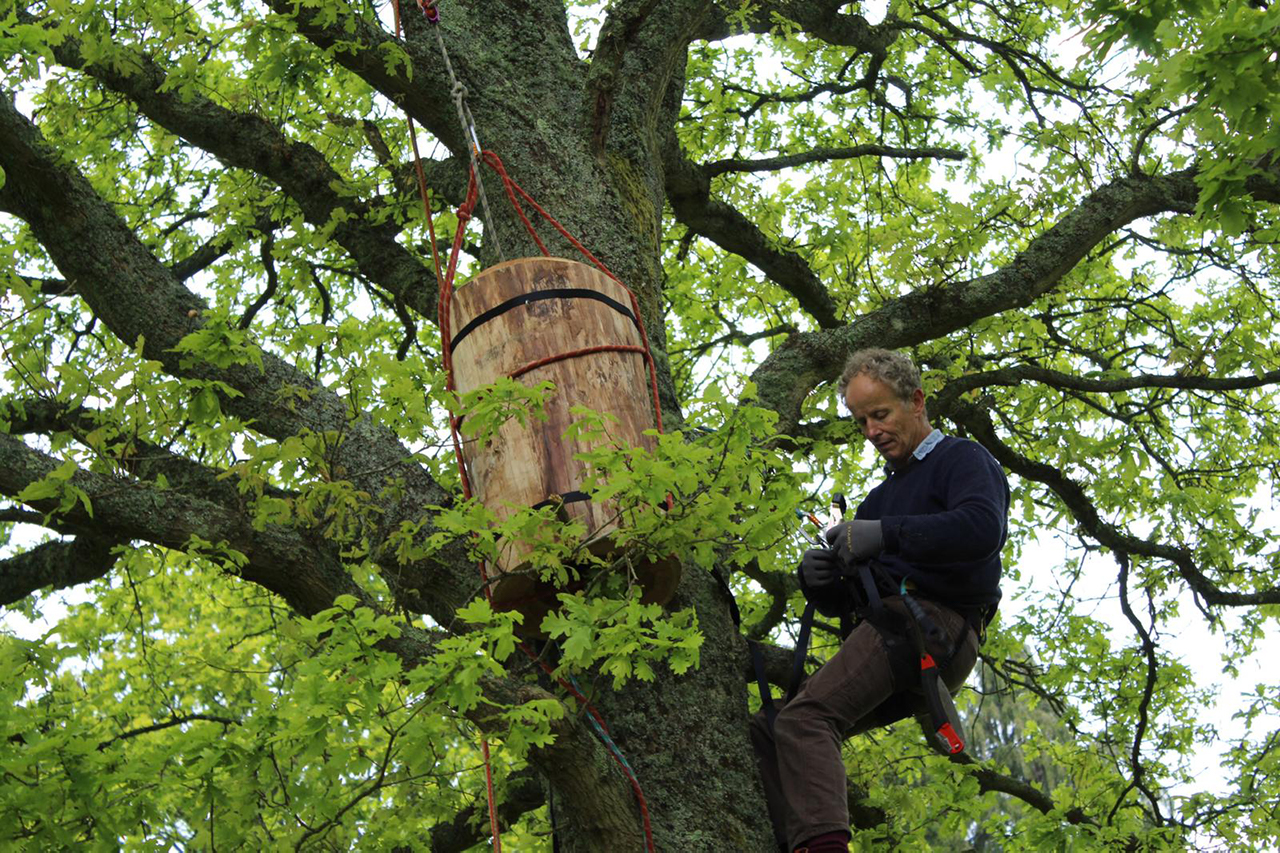 Log hives vs traditional beehives
The differences between one of Matt’s Log Hives and a traditional beehive are marked. The technical development and colony management of a traditional beehive allows for honey to be harvested very easily, by using artificial and removable comb it is easy to remove too much honey to the detriment to the bees and sugar being required to feed them, this however lacks the nutrition of their own honey. Furthermore, this artificial comb lacks the natural abilities that natural comb does to absorb toxins from within the hive. The traditional beehive also doesn’t allow for the spreading of the propilis mentioned earlier, beekeepers will remove it as it glues up the removable trays and openings, but this miracle product the bees create is important to the health of the colony, in a wild hive it is spread throughout. 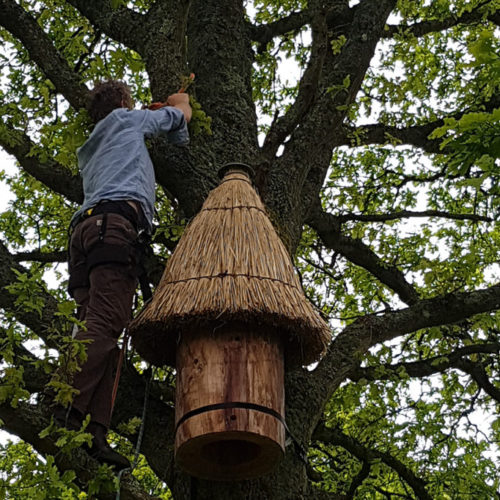 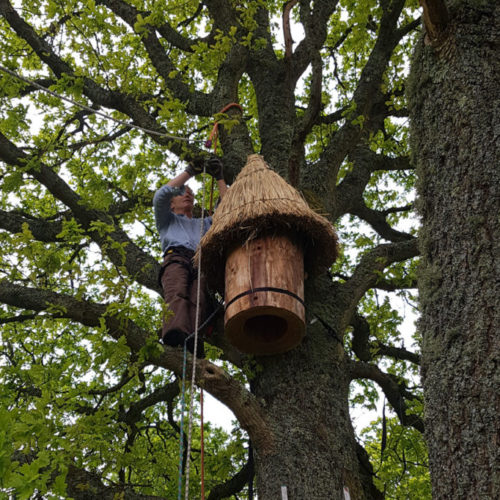 The results
With both our hives we had good luck and colonies appeared quickly and made themselves at home, the air quickly filled with tiny darting arrows as more and more appeared. This much more sympathetic approach to beekeeping means we get to enjoy the bees in the gardens without creating work for ourselves and stress for the bees. 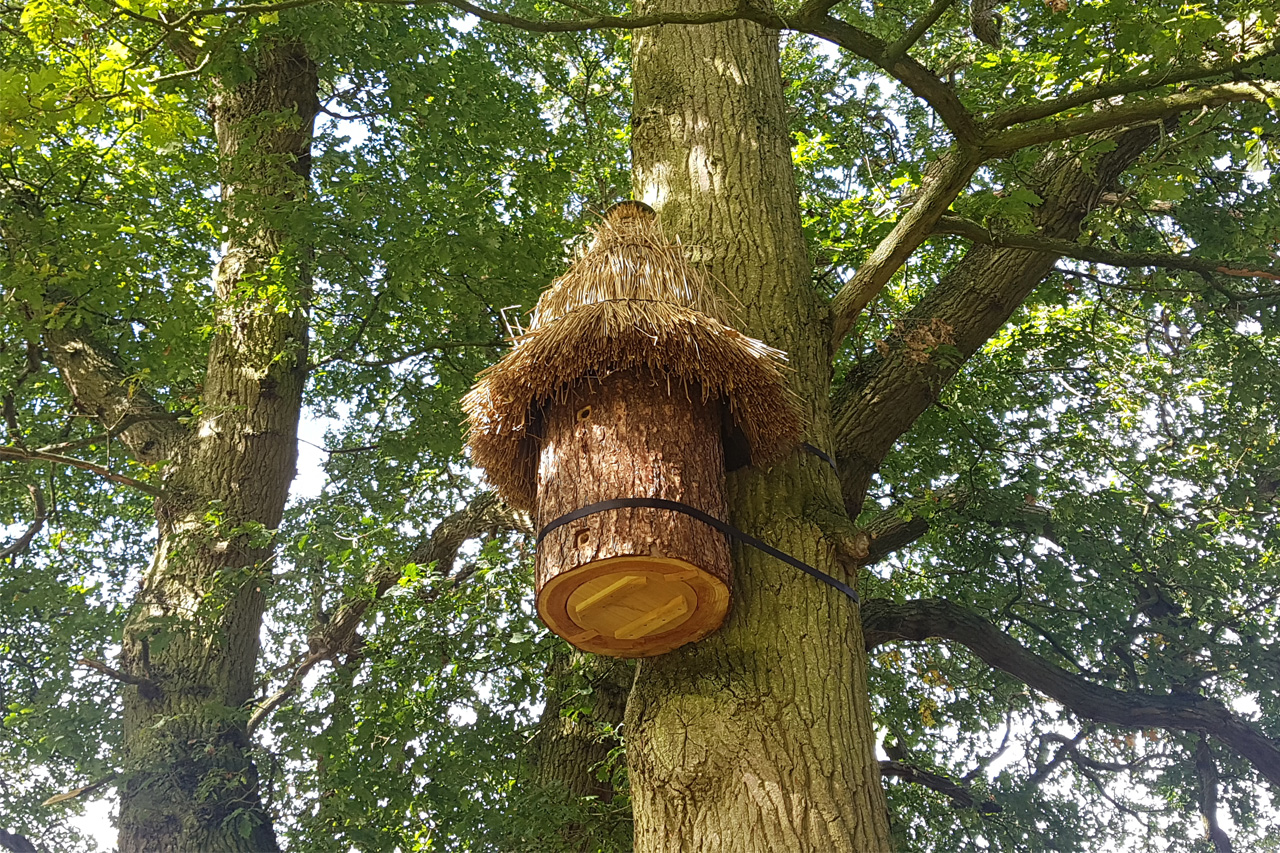