If you are thinking of putting in a fence at a period property the first considerations may be cost and time, but why and how are also important questions.

Security
Fences can be a light touch way to denote your boundary when physical security is not the main issue. They can be visually permeable to allow people to see in whilst politely reminding passers-by that it is your property and they are welcome only when invited. The ability to see through a fence can in fact aid security as there is nowhere to hide behind, and even a low fence is trickier to climb than a low wall.

A rustic village fence or a Victorian railing can be a thing of simply beauty in itself and allow a glimpse of the property whilst maintaining privacy. The origin of the word “fence” comes in the XIV Century with the word fens, a short term for defense, protection however in these days of digital security, CCTV and other wireless methods can provide security and render the physical barriers less crucial.

Locality
Fences provide a more immediate and cost efficient barrier than a wall and a quick alternative to a hedge. However It is important that a fence should be in harmony with its surroundings and that is where
fences can get a bad press, because they are often inappropriate and unsightly. It is very depressing to drive through a beautiful village and see the gardens blocked from the road and hidden from each other by mass produced high level close-board fencing. This chain store approach to landscape design is also a death knell to the sense of community, epitomised by a cup of tea and a chat over the neighbours’ fence.

When we have a project in a new area I will always drive around the site on our first visit and take photographs of the most beautiful materials and details which are part of the historic vernacular to make sure we use materials that are in harmony in our designs. If you are new to an area your local conservation areas or AONB will have online advice on the local materials appropriate for the area and houses of a similar period. 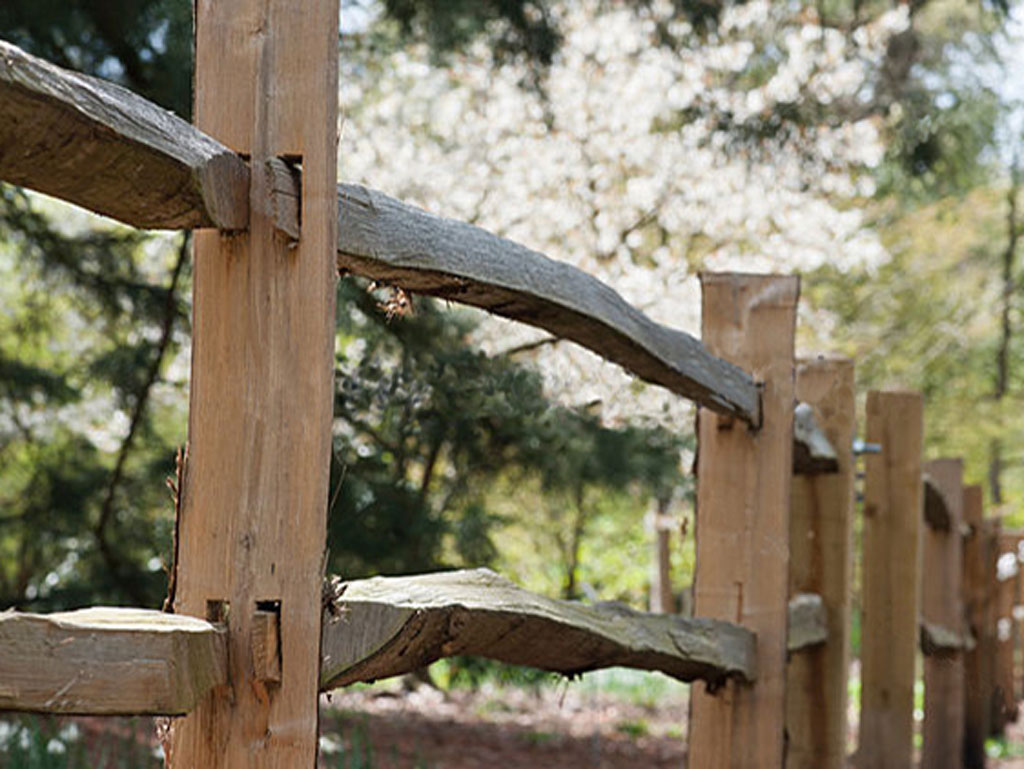 Materials
Fence materials have changed through history and differ by region: in the Bronze Age they used stone fences, a solid durable material; the Anglo-Saxons preferred worm fences, a zigzagging structure of rough wooden rails crossed at an angle, which did not require driving posts into the ground and were particularly labour and cost efficient (Still used in remote regions.) In Victorian housing, wrought iron grids were used with detailed organic details, presenting a solid element designed with a natural delicacy, and in the Arts and Crafts era palisade or low close board fences were fashionable, with the palisade fences often being painted white.

For the outside boundary of a country estate a simple metal estate fence either in black or left raw to merge with the country colours can look best. The traditional method of installing these is to thread long bars of metal through individually secured uprights and secure them with clips at each post, allowing some scope for the fence to be taken down and relocated if needed. Inside the estate or to divide fields a post and rail fence is often the least intrusive, with rustic split timbers blending into the organic shapes of the countryside. Rails should be morticed into the posts and posts can be concreted into the ground for stability, fully rounded machine made posts tend to look too suburban to fit into the rural vernacular.

In a town fences may be most appropriate as low walls with railings above. Railings can be wrought or cast iron and there are still foundries that produce prefabricated cast iron railings similar to local historic examples. Hooped railings were popular in the Georgian period, and they are most authentic when reproduced they should be constructed in a continuous run rather than in panels and match the original base detail continuing to ground level without terminating at a rail. Square rails should have square arrisses rather than the rounded corners characteristic of hollow rolled section steel and they should be at least 20mm wide. Traditional paint colours are off-white stone colour, mid to dark blue, black, dark green, brown and grey. 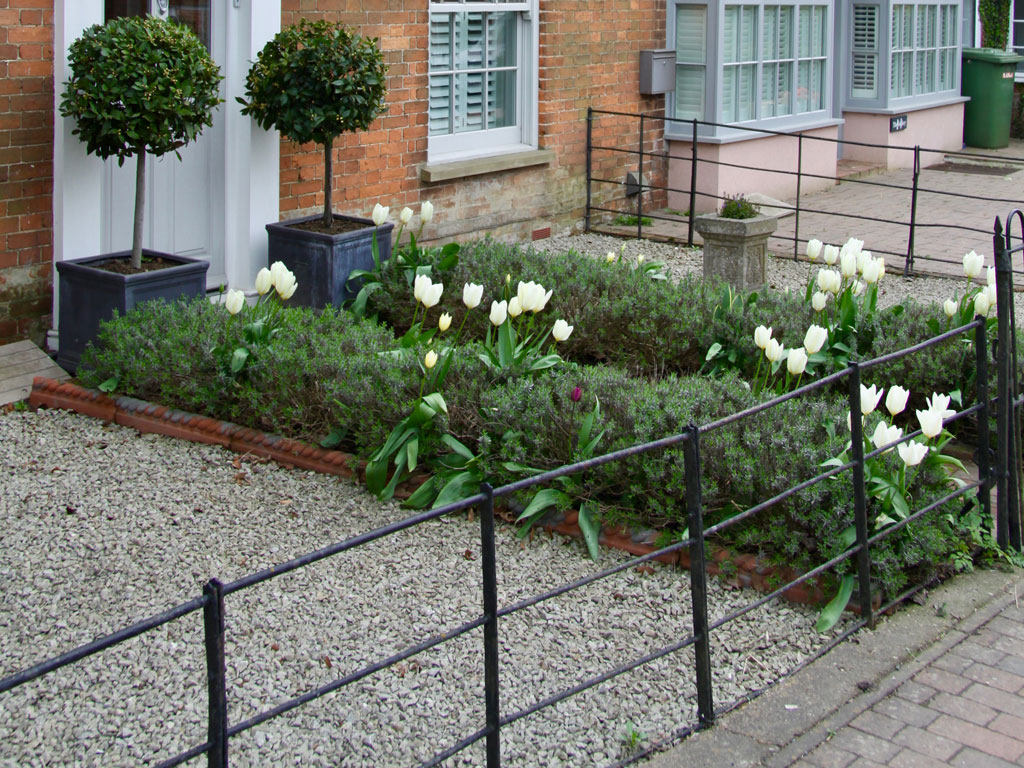 Costs
Whilst fences are relatively low cost to put up, maintenance costs will need to be factored in and repainting or weather proofing a soft wood can be time consuming. A more sustainable choice would be a longer lasting wood such as oak or cedar which can be left to weather to a soft silver without treatment

Light and air penetration
Plants may find it easier to grow on the north side of a fence than a wall where more light will come through the slats. Fences also filter wind in a similar way to hedges and so can provide good shelter without creating the wind eddies associated with the lee of a wall (see blog post ‘Warmth of Walls’) 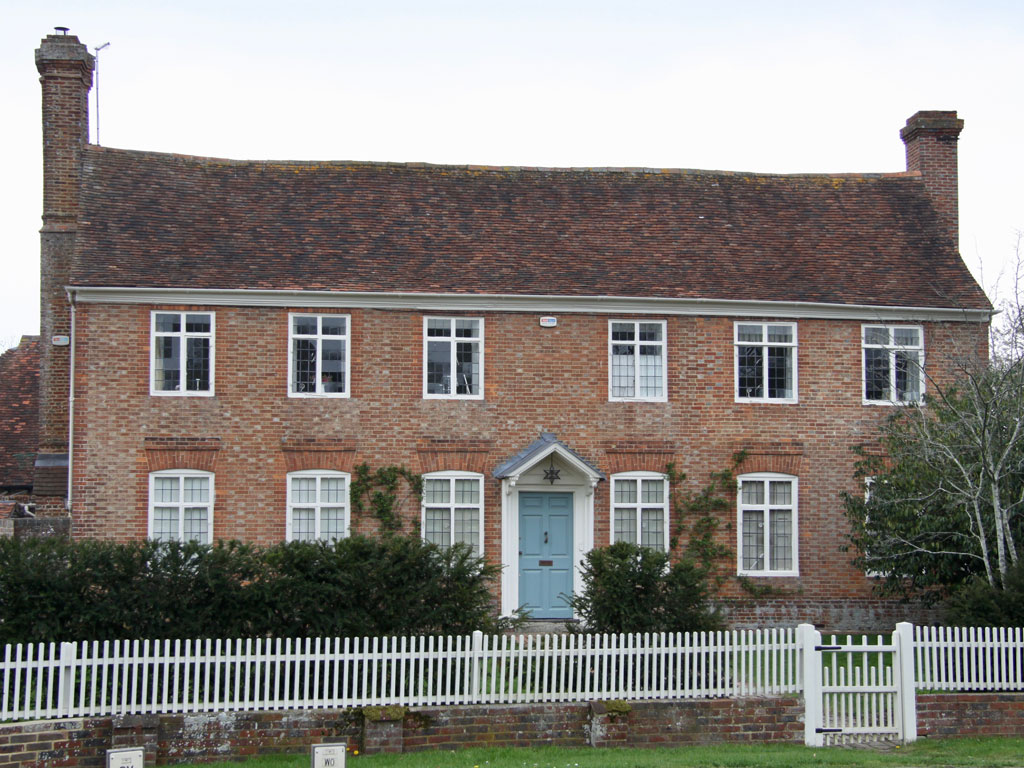 Animals and wildlife
One of a fence’s main purposes is to divide an estate or parts of a garden, and often to keep animals in or out. A fence is not a substitute for the richness of biodiversity gained from a hedge or water filled ditch however, and as Thomas Mawson says in The Art and Craft of Garden Making, old hedges and hedgerows should be kept where possible to avoid: ‘That sense of barren newness which is to be avoided’

A stock fence can often accommodate a hedge along its stretch as well, and in a country estate this can provide good jumps for horses at the same time as providing enclosure for other animals. If rabbits are to be excluded it’s important to affix rabbit netting and dig it in at an angle underground to prevent rabbits digging underneath. Badgers can be a problem for country fences as they will dig under or barrel through most types of barrier, and so a badger gate positioned along a badger route will allow the badger through whilst being too heavy for a rabbit to push open.

Permission
Planning permission may be required to erect a boundary fence in a conservation area and other protected areas and the Highways Agency will have restrictions especially where site lines at junctions need to be kept clear. In some private estates and conservation areas there are controls on the types and heights of fences which may be erected and there may be covenants on some land as well. In a conservation area you will need permission to demolish any gate, fence, wall or other means of enclosure with a height of one metre or more if next to a highway (including a public footpath or bridleway), waterway or open space; or a height of two metres or more elsewhere.

Listed properties may require permission for erection and removal of fences. Further information can be found:
https://www.planningportal.co.uk/info/200130/common_projects/20/fences_gates_and_garden_walls/

This article first appeared in the Listed Heritage Magazine April 2019